Startup Weekend is a wonderful opportunity to meet people, pitch an idea, get instant crowd feedback on your idea, and spend 54 hours validating your business and idea while learning from experts and mentors about starting a company. This makes it an excellent forum for first-time entrepreneurs and other enthusiastic but inexperienced people to get a jump start on entrepreneurship. 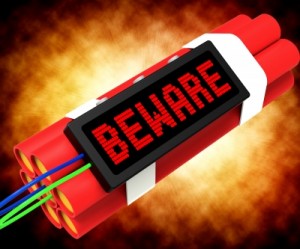 The flip side of this is that your Startup Weekend team will likely consist of 3-7 first-time entrepreneurs, students, job hunters, another other enthusiastic but inexperienced people. So, whether you have won a prize or just had a great weekend experience, you are going to find yourself monday morning with a large team of relative strangers who consider themselves founders but also probably have day jobs, family commitments, an overlapping set of skills, and a noticeable lack of experience.

If you are serious about moving forward with your startup idea, the biggest risk is ignoring the inherent issues within your team. Step back and think about how you would have formed a startup team if you had not attended Startup Weekend. Most likely you would have

But look at how you actually did form your startup team:

The biggest risk to your startup is to accept the team you have, divide up equity equally on a handshake, and jump right in.

Rather than taking the approach of starting with your current team and dealing with removing people (always a challenge), change your mindset back to the non-Startup Weekend approach. Assume you are a team of one. Then start building your post-weekend team using people who worked with you over the weekend, mentors and experts you met along the way, and other people who fill in specific needs in the company.

Keep the team as small as possible while covering the three critical areas. Ensure that the people you ask to join your team are ready to commit at a level you are comfortable with. Have the difficult conversations up front about roles, equity split (or how it will be decided later), and expectations.